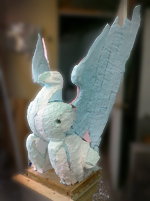 I have a long association with the Parks Department in New York City. In the last dozen years I've produced a number of large bronzes and quite a few smaller decorative pieces for the parks system, mostly in Staten Island.

The most recent project involved copying a bronze eagle, first mounted on the street in Queens early in the 20th century. I had to copy this from photos, as this was an historic work, and taking moulds was forbidden. I started off working in styrofoam, the standard material for working big. This piece was 122 centimetres (48") high. 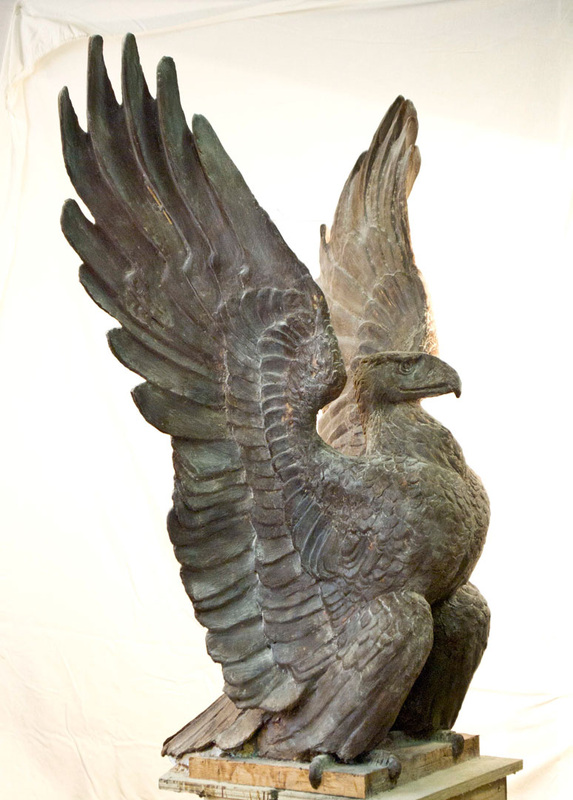 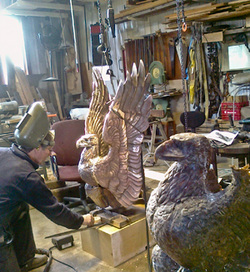 I covered the styrofoam in Victory Brown wax and spent some happy hours modelling detail. After approval, I took moulds off the surface, made foundry patterns, then got the many pieces cast in an industrial foundry. I'm not sure that this is at all the best way to go. it would have been vastly easier to send the wax to Artcast in Georgetown. 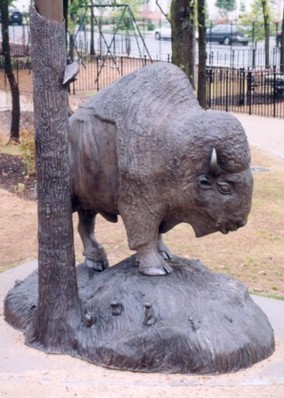 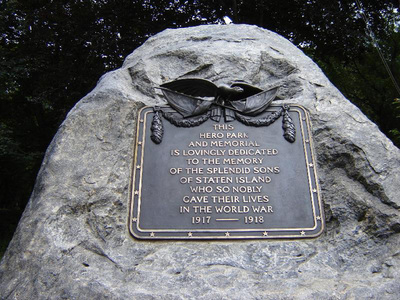 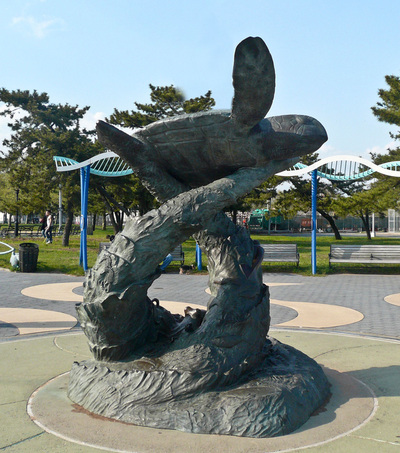 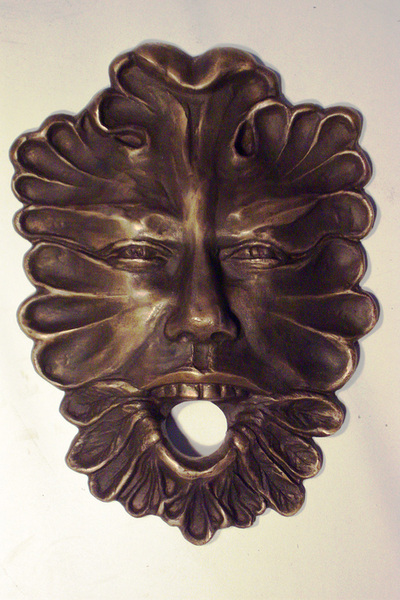 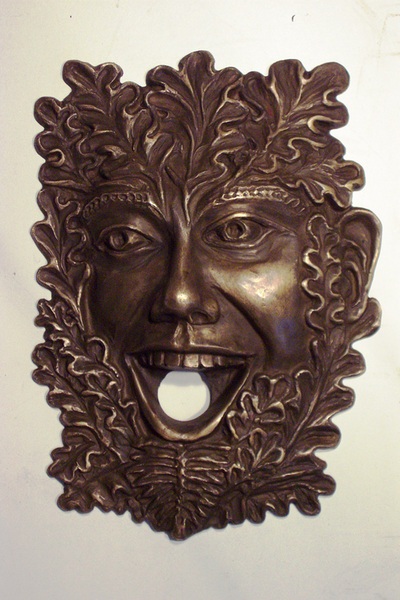 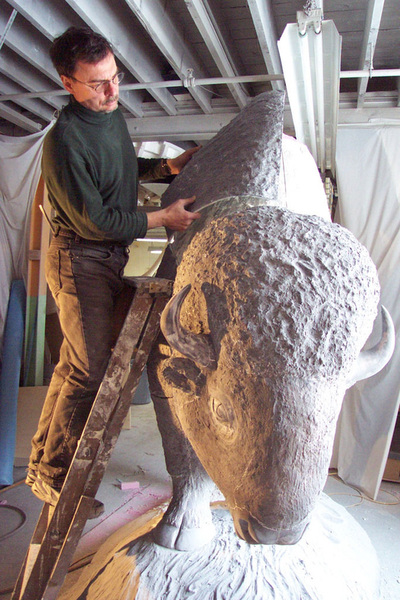 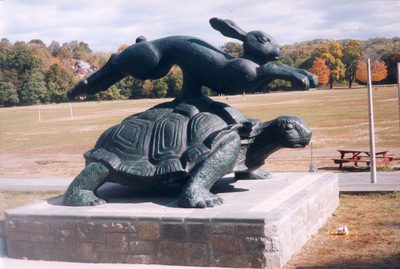 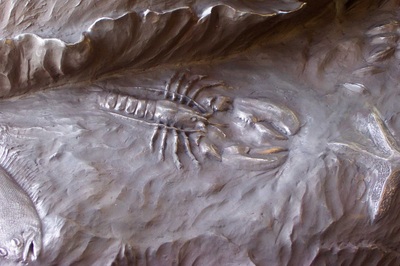